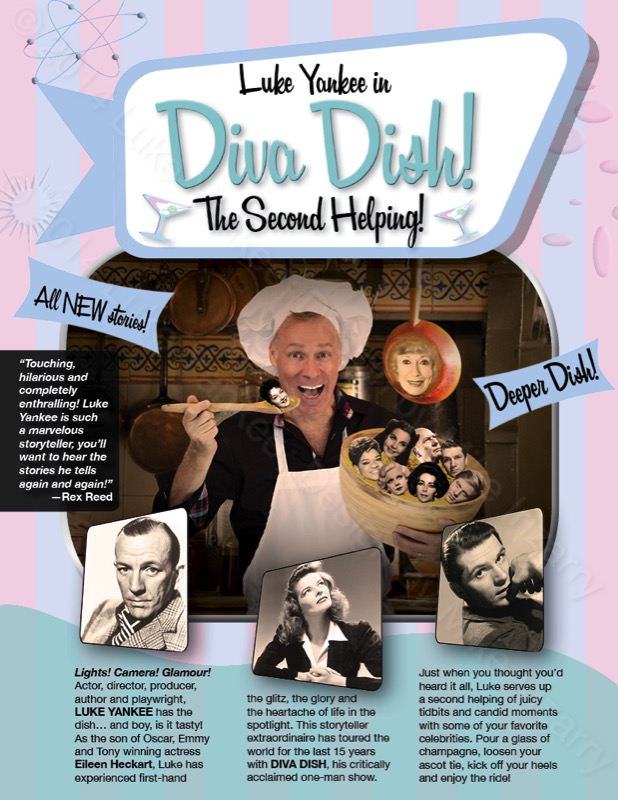 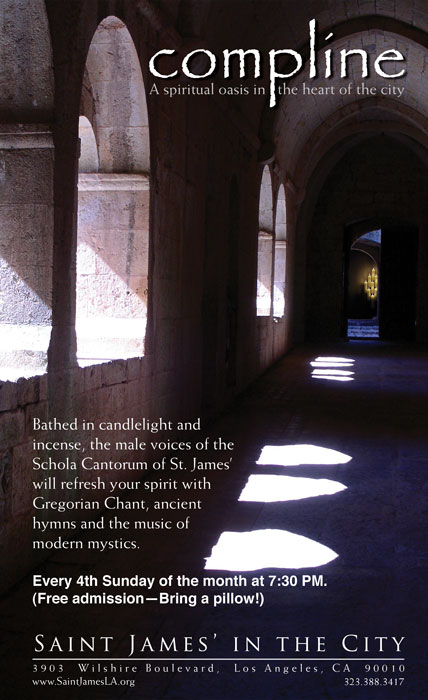 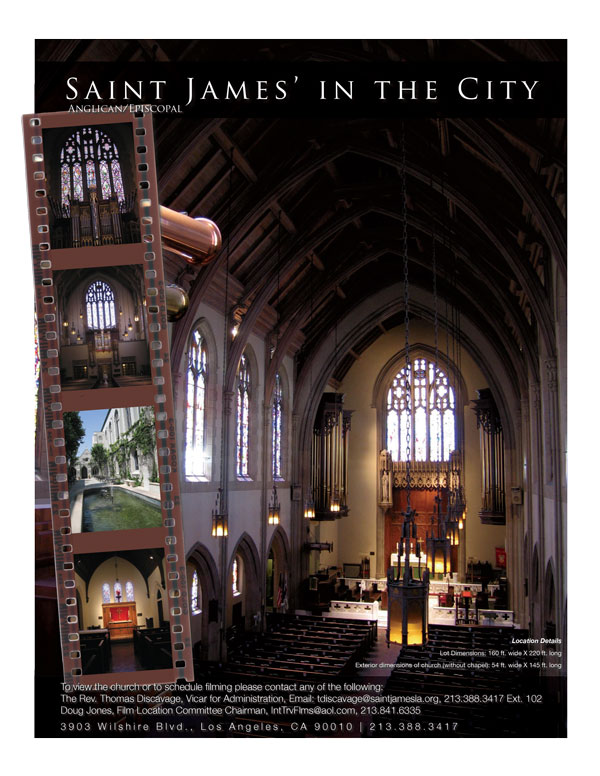 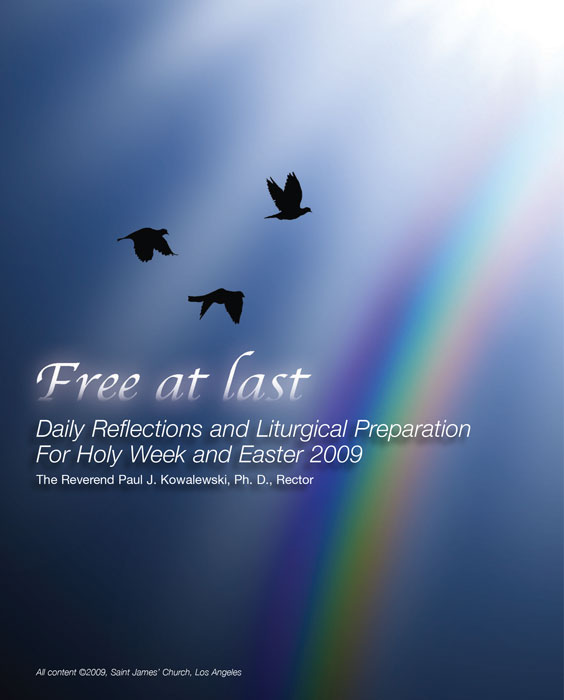 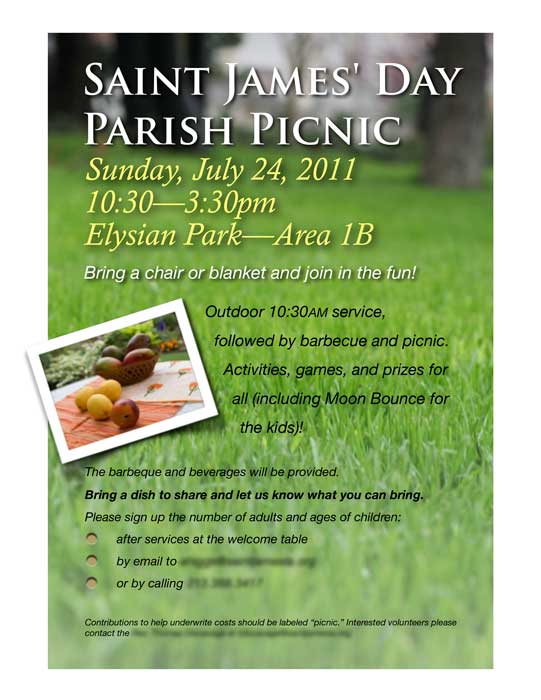 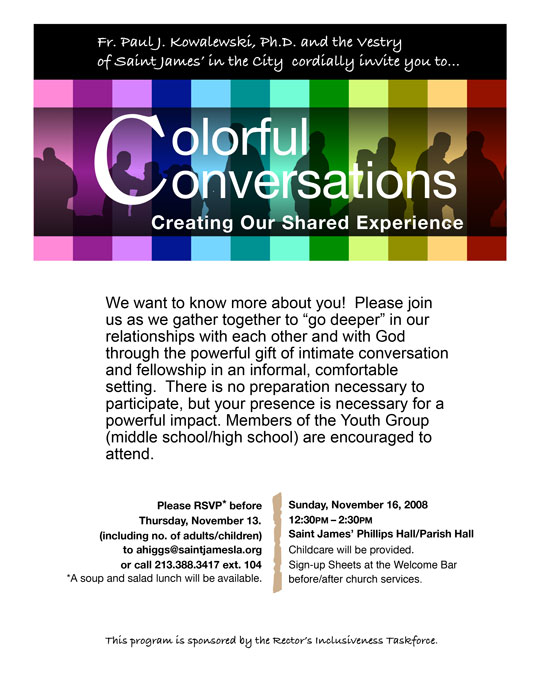 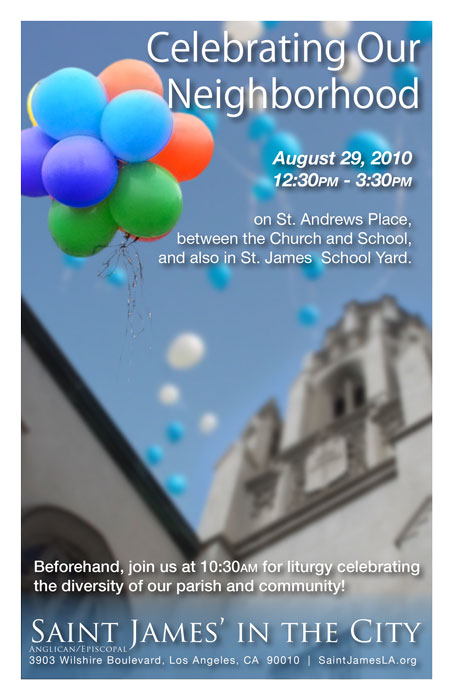 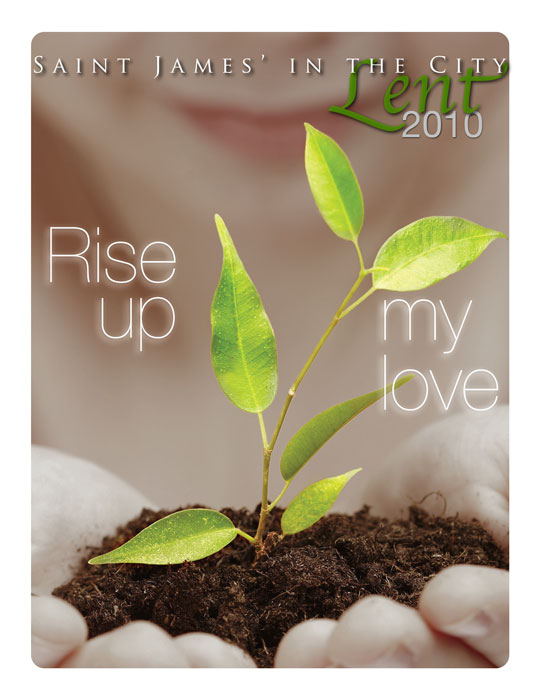 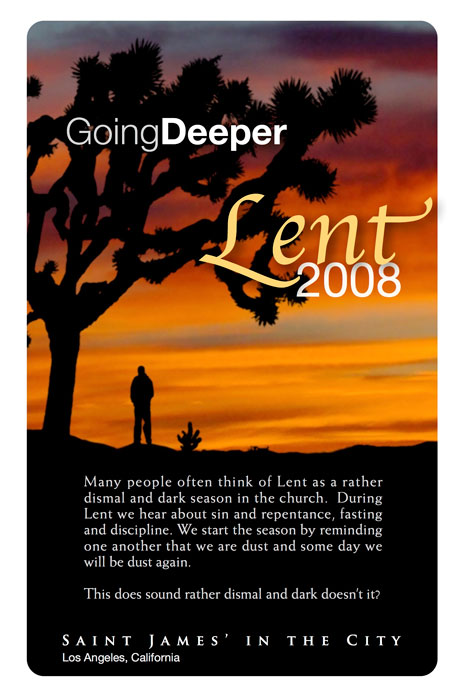 This booklet cover is almost entirely manufactured. Each silhouette was artificially created in Photoshop using separate photographs as a base, then placed in front of an enhanced sky. 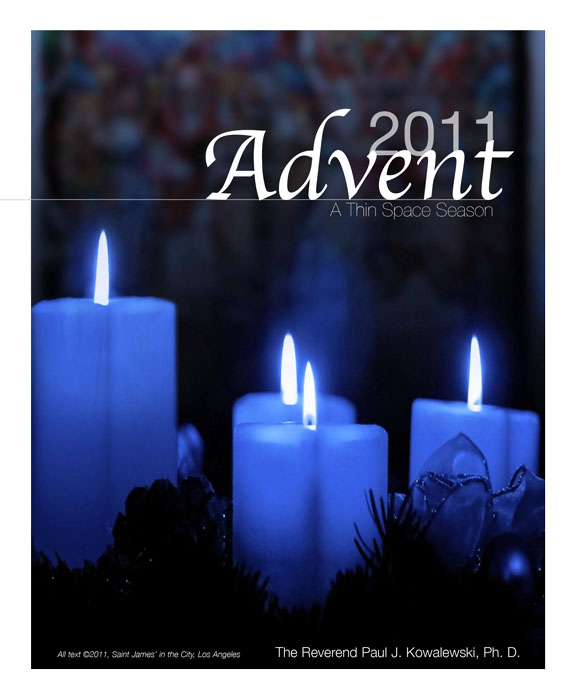 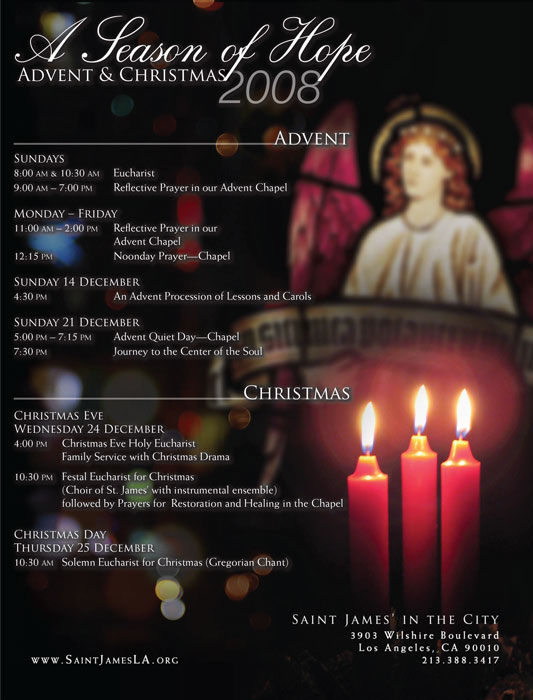 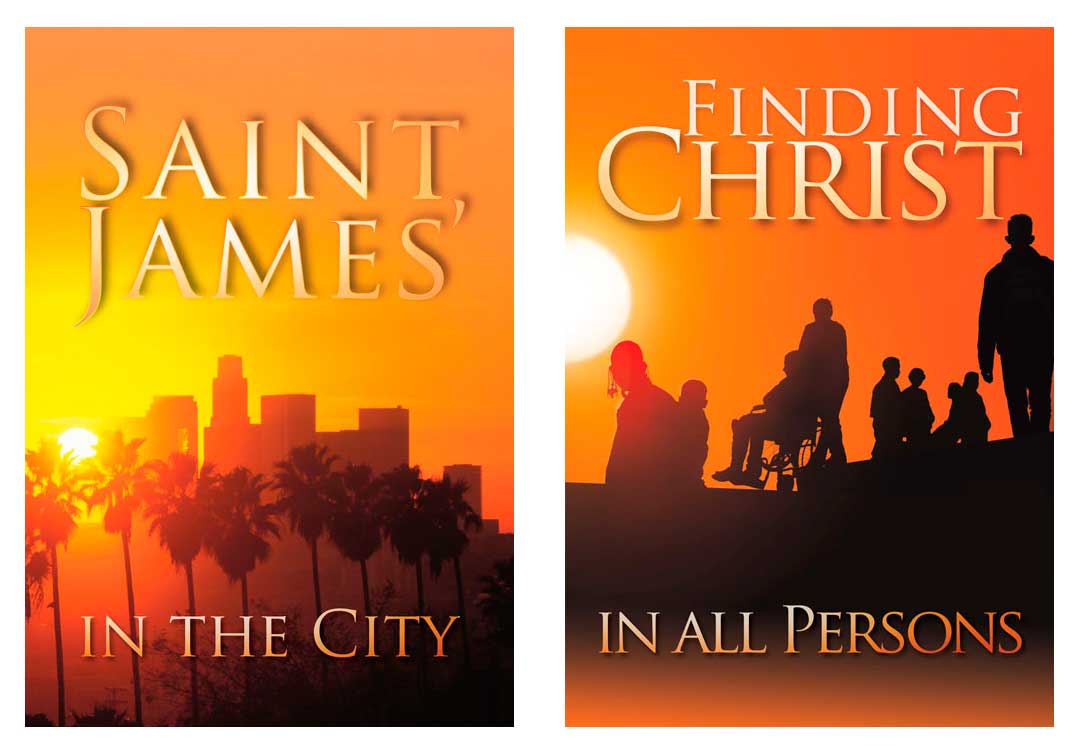 These large building banners were showcased on the Wilshire Boulevard side of the building—a major Los Angeles thoroughfare—and were designed for  year-round use. 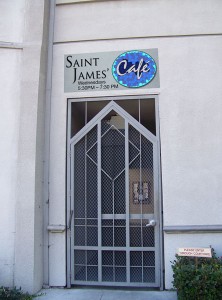 Designed as an entry banner to be hung above a doorway leading into an open courtyard, left is a photo of the banner mounted in place as requested by the client. 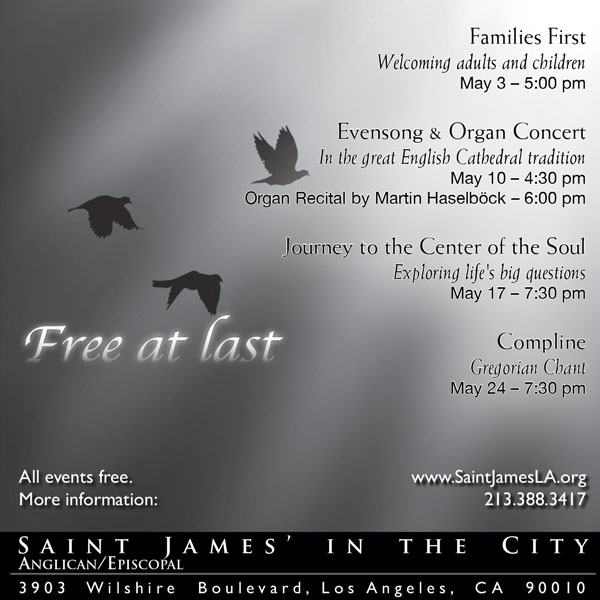 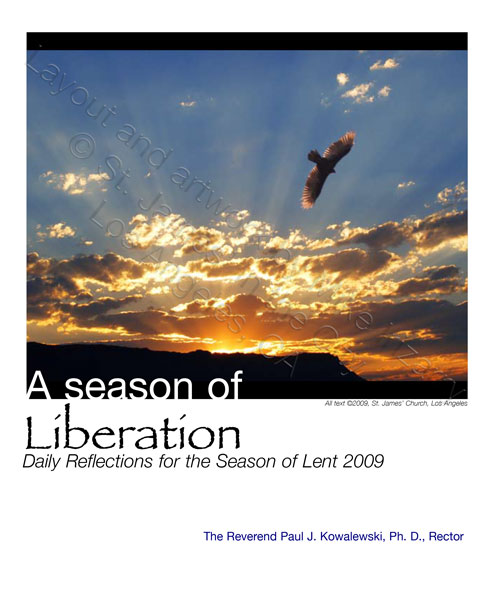 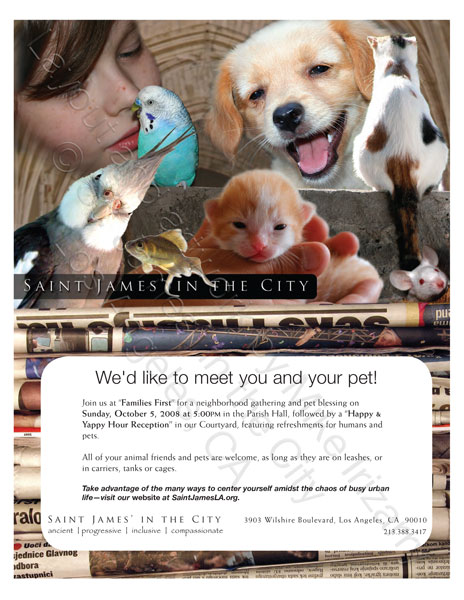 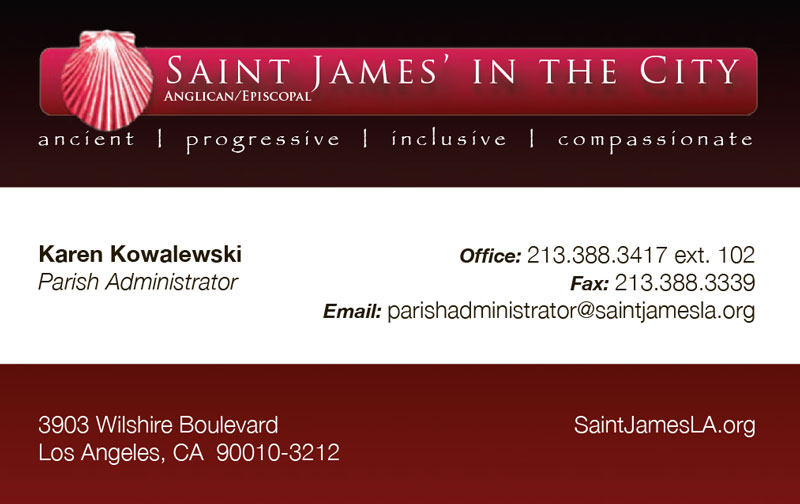 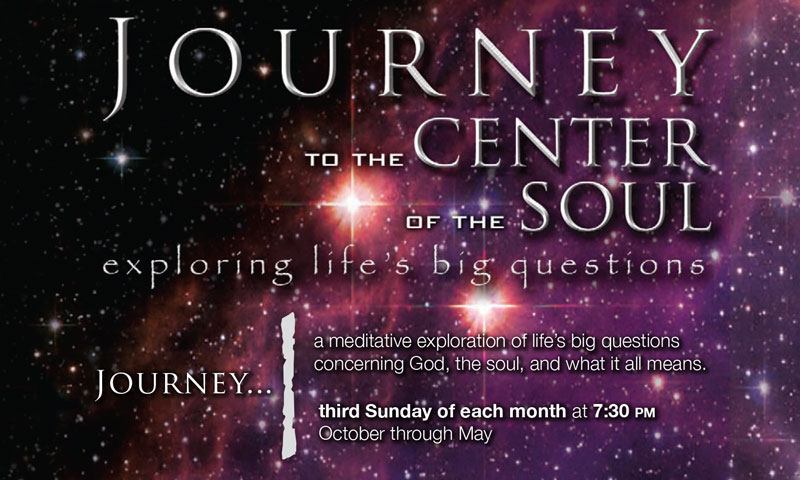 This was a small card printed and used as a handout at a diocesan event. Location information was printed as text on the back. 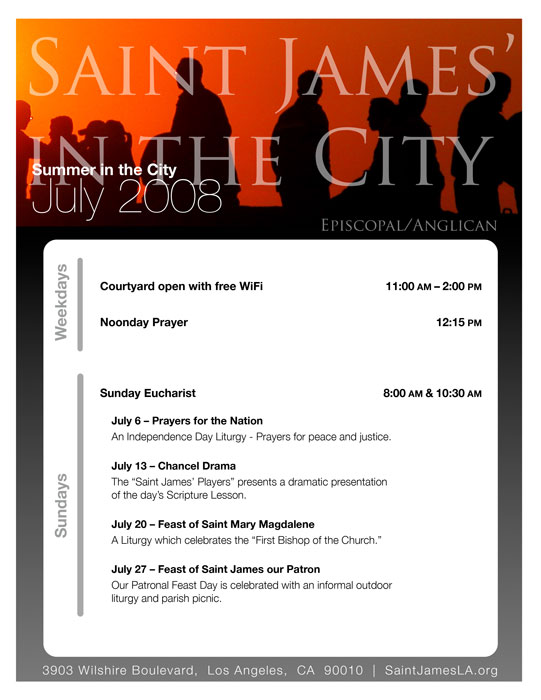 Summer in the City – calendar flier 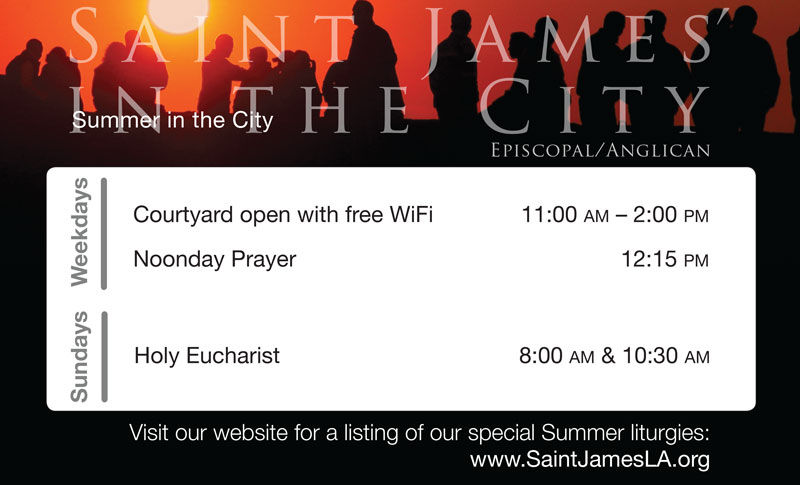 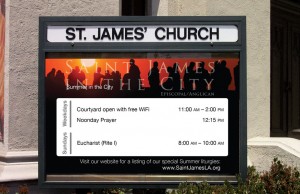 At the client’s request, this large CMYK sign was designed to fit inside a casing originally made for a standard outdoor changeable letter sign. This provided something much more eye-catching for passersby. 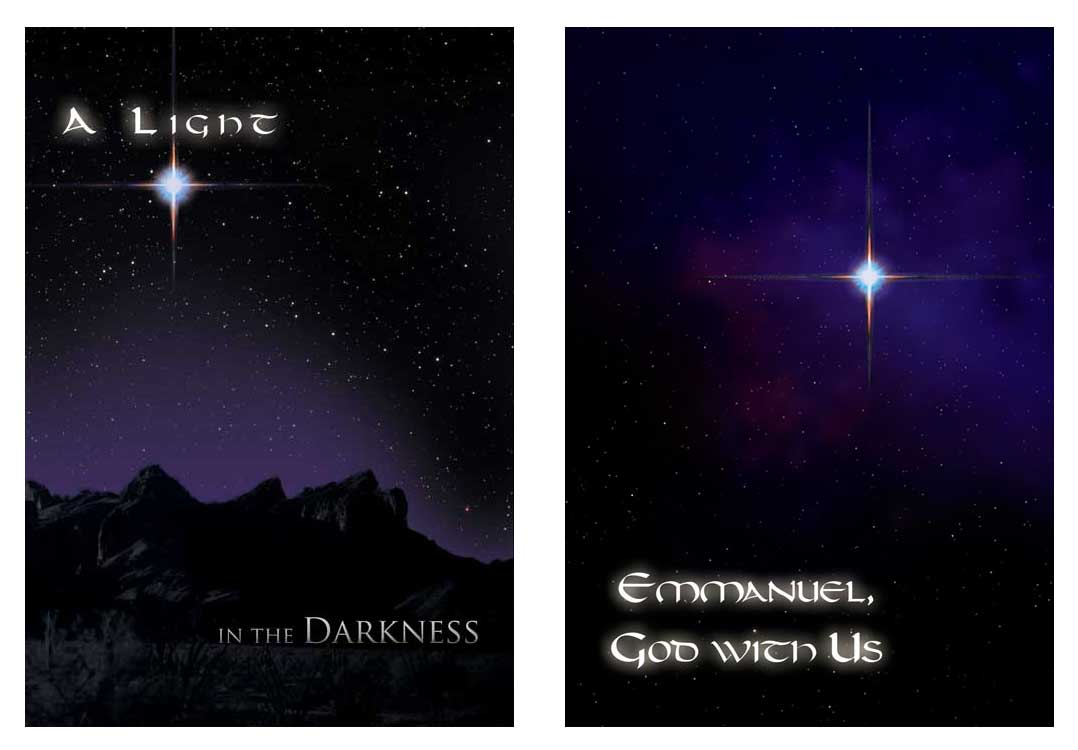 These two large banners were showcased on a major Los Angeles thoroughfare, Wilshire Boulevard. Hung side-by-side on the building, these banners were made to promote their Advent and Christmas seasons. 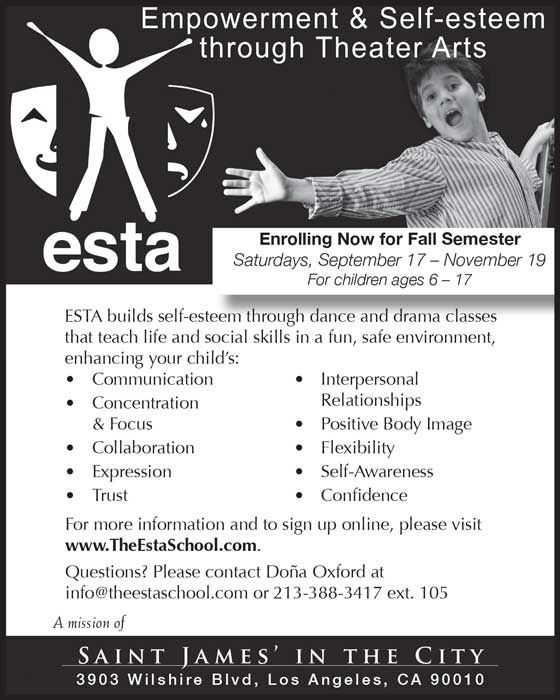